The following graphic shows how last years’ pupils performed versus national averages. It shows that we are performing well and that the progress from Foundation Phase to end of KS2 is  better (Value Added) than the National average. 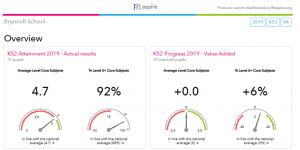 Although our results  at Level 4  last year showed a slight decline, the percentage of our pupils reaching Level 4+is in line with the National Average. The percentage of pupils attaining Level 4 in Welsh is significantly higher when compared with the previous year. 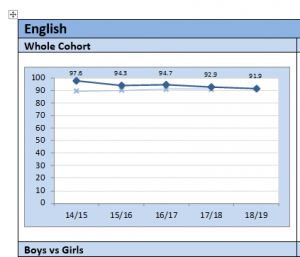 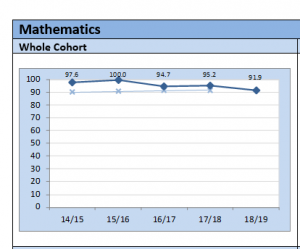 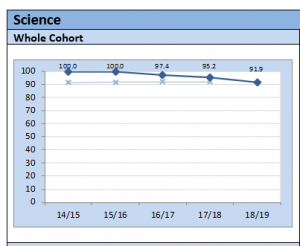 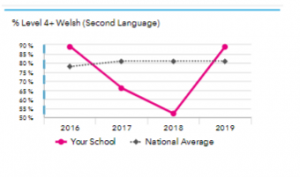 And again, expressed as the average all of all 3 core subjects. As you can see, the average Level of our pupils is in line with  the Level 4 average expectation for end of Year 6. 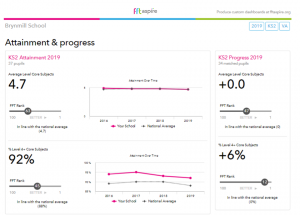